We create meaningful experiences through health and wellness services

Our goal is to create a sanctuary where people can de-stress to escape the every day hustle and bustle of life.
Our mission is to empower individuals to expand and maintain physical and general wellness while creating a memorable experience
To do that, we believe in offering unique and affordable
health and wellness services to individuals who are looking for alternatives to high-cost solutions. 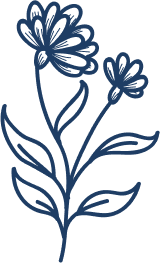 All In One Service

To ensure the best selection of spa services, we highly recommend that you make your spa reservations prior to your arrival. A credit card is needed to secure the spa reservation.

We value your business and appreciate your cooperation with our cancellation guidelines. If you must cancel or change your spa reservation, please notify us at least 24 hours prior to your scheduled appointment time to avoid a cancellation charge. Cancellations made with less than a 24-hour notice will be charged full value of the service. No-shows will be charged in full.

Guests who have high blood pressure or heart conditions, or any other medical complications, are advised to consult with their physicians prior to reserving any spa appointments. Please make your service provider aware of any medical condition. Expectant mothers may be restricted to specific types of treatment or receive modified treatments, depending on their stage of pregnancy. Must be in second trimester to receive most treatments. Men having LED treatments should shave no less than two hours prior to their facial for ultimate comfort.

For the optimal spa experience for all our guests, we respectfully ask that you leave cell phones turned off while in the spa. The salt room is a “Spa Tone Only” zone; please be considerate of other guests who are receiving a service or relaxing before or after treatments. The salt room and spa are a smoke-free environment.

We request that you stop by the spa desk to check out, authorize your spa treatments and receive your spa product recommendations. All spa treatments, packages or products are non-refundable, non-transferable or non-exchangeable once purchased. We accept cash and all major credit cards. Prices and service offerings are subject to change without notice.

Guests of The Salt Room and Spa must be at least 18 years of age, and provide proper identification, to have a private spa service. Guests between the ages of 10 to 17 may always enjoy a spa service with a parent or guardian present or sign a consent form.

The salt room and spa does not provide childcare service. Children must be supervised by a parent or guardian and cannot be left unsupervised in the spa lobby area or grounds.

THE SALT ROOM AND SPA: BOUTIQUE

Our boutique has an assortment of holistic care products, organic spa products and local retail items. For the convenience of our guests we offer recommendations of many of these products available in our gift shop so you can take the spa experience home and continue to feel the benefits of your treatment.

WHAT TIME SHOULD I ARRIVE FOR MY SALT/HALOTHERAPY SESSION?

It is highly recommended that you arrive fifteen minutes prior to your scheduled appointment. This will give you time to fill out paperwork as well as visit the restroom, in order to ensure an uninterrupted session in the salt room.

ARE DRINKS OR FOOD ALLOWED DURING THE SALT/HALOTHERAPY SESSION?

No food or water is permitted in the salt room. If there is a medical condition that demands the use of water during the Salt/Halotherapy session, accommodations can be made.

WHAT DO I DO DURING THE SALT/HALOTHERAPY SESSION?

The salt room was designed to help you leave your worries behind with the aid of soft golden lighting from the Himalayan Salt and comfortable Zero Gravity lounge chairs. We encourage this quiet time to be used for relaxation or meditation. This will ensure a quality experience for all in attendance.

HOW LONG ARE THE SALT/HALOTHERAPY SESSIONS?

All Salt/Halotherapy sessions are 45 minutes long and begin on the hour every hour.

WHAT CAN I EXPECT DURING THE SALT/HALOTHERAPY SESSION?

A dry throat is sometimes experienced; this is a normal effect of the dry aerosol created by the salt generator. This aerosol consists of micron sized salt particles which serve to break up mucus and have anti-inflammatory, anti-bacterial, anti-fungal and anti-viral properties.

WHAT WILL HAPPEN IF I ARRIVE LATE TO MY SCHEDULED SALT/HALOTHERAPY SESSION?

Arriving promptly for your session is imperative, as once the session has begun, out of respect for those already enjoying the benefits, we do not interrupt the session that has started. If you cannot arrive on time, we will need to reschedule for the next available opening.

*Salt/Halotherapy sessions are 45 minutes long and begin every hour on the hour.

Salt/Halotherapy is based on salt’s natural anti-inflammatory, anti-bacterial, anti-fungal, anti-viral properties and the negative ions it produces. The rich negative ion effect can be felt in nature in places like the ocean, near waterfalls, after a thunderstorm and in pine forests. Our microclimate of negative ions and abundant minerals and elements packs the benefits of three days at the ocean into a 45-minute session. In this day and age, we are exposed to a barrage of electromagnetic fields that produce positive ions such as from TV’s, cell phones, computers, power lines, appliances, etc. Himalayan salt’s natural production of negative ions benefits the whole-body system and combats the effects of free radicals (positive ions) from our environment.

WHO CAN BENEFIT FROM SALT/HALOTHERAPY?

Anyone can benefit thanks to Salt/Halotherapy’s mood and immune enhancing effects. More specifically, Salt/Halotherapy can be a great benefit to those who suffer from the following symptoms: Allergies, Skin Conditions, Immune System Deficiencies, Respiratory Conditions, Cold and Flu, Cough, Infections, Nasal Congestion, Sinus Infections, Snoring, Sore Throat (in addition to many others).

HOW OFTEN SHOULD I DO SALT/HALOTHERAPY?

A session will last 45 minutes. You may have some relief after one session; however, for the best results we recommend a series of treatments. Those with chronic conditions most likely need to come 2-4 times week for the first 5-8 weeks. Those who come for stress relief and relaxation simply come as often as they like.

WHO SHOULD NOT DO SALT/HALOTHERAPY?

We recommend that you consult with your doctor or physician if you have any concerns before starting Salt/Halotherapy. People not advised to do Salt/Halotherapy are those experiencing infections accompanied by fever, active tuberculosis, bleeding, spitting of blood, alcohol and/or drug intoxication.

WHAT IS RED LIGHT THERAPY AND LED?

Red Light Therapy uses a specific natural wavelength of light for therapeutic benefits, both medical and cosmetic. It is a combination of light-emitting diode (LED) that emits infrared light and heat. This red light is natural and can penetrate deep into the skin, where the cells can absorb and use it.

WHAT ARE THE BENEFITS OF RED LIGHT?

HOW OFTEN SHOULD I USE RED LIGHT?

Red light therapy is becoming the go-to for people seeking relief from chronic skin conditions, muscle and joint pain and for those who want to reduce visible signs of aging. If you’re wondering how often you should use red light therapy for the best results, the short answer is that there is no one size fits all solution. Most people get good results with a 15-minute daily session 3-5 times per week for several months. You won’t notice big changes in your skin immediately because healing is occurring at the cellular level and cells require time to heal and regenerate. Noticeable improvement comes after 8-12 weeks of consistent use. If you aren’t sure what is best for your needs, just ask our team we can help come up with a specific plan for you.